Whether or not you think it is crazy to spend $80,000 on a Jeep Wrangler, its at least $20,000 less than a similarly equipped Rubicon with an aftermarket HEMI or LS swap!

While I was at RubiTrux, we built 100’s of custom Wranglers, many with 6.4L (392) HEMI’s, which had price tags of over $100,000, so I may not be the right person to ask about the “Value” of a Wrangler 392. Personally, I think it is a bargain, especially if you were even considering an LS or HEMI “crate” motor swap in any newer Jeep Wrangler.

The going rate for a 6.4L HEMI swap in a Wrangler JL or Gladiator is $35,000. This includes a brand new 6.4L HEMI, a new ZF 8HP75 transmission and all parts & labor. Most shops doing HEMI swaps are using a “kit” to do the install, this usually includes everything necessary for the install. The most popular kits for the JL and JT are made by America’s Most Wanted (AMW). They put a lot of time and effort into research and development of their kits to make them as complete as possible. In fact, they will even sell you a crate 6.4L HEMI, a ZF-8HP75 transmission and all the miscellaneous parts you need as a package. The rest is labor.

At RubiTrux, we had a former, long-time Mopar mechanic doing most of the HEMI swaps. He could get one done in a few days, but that was after doing dozens of them. To do it right takes a lot of work.

…or you can spend $20,000 more for an aftermarket swap and get less for your money!

One criticism of using a HEMI in a Wrangler (especially by LS enthusiasts) is heat. Although I have never tested an LS vs a HEMI in an identical Wrangler to see which runs cooler, I have heard it enough to believe there is some merit to the claim that an LS does run cooler. Jeep seems to agree that when putting a 6.4L HEMI in a Wrangler JL, some things need to change, including the intake/cooling system.

At a glance, it is not very noticeable, but the hood/cowl on a Wrangler 392 is taller than a standard Wrangler; it looks almost identical to the Gladiator Mojave’s setup. Under the hood is the Hydro-Guide intake, which is not only a great “cold-air” system, but also works as a snorkel for water fording up to 32.5″. 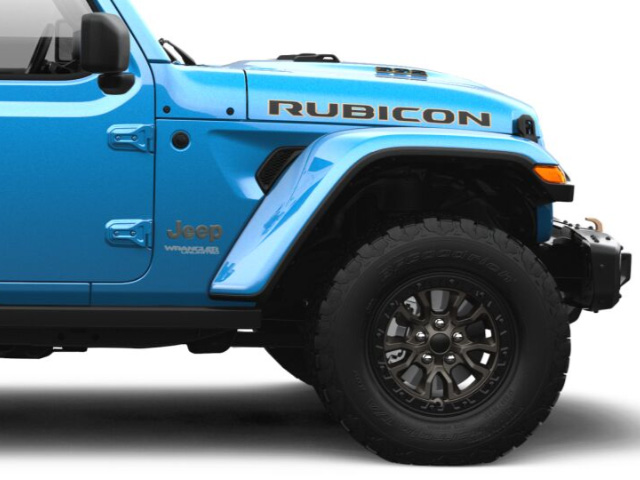 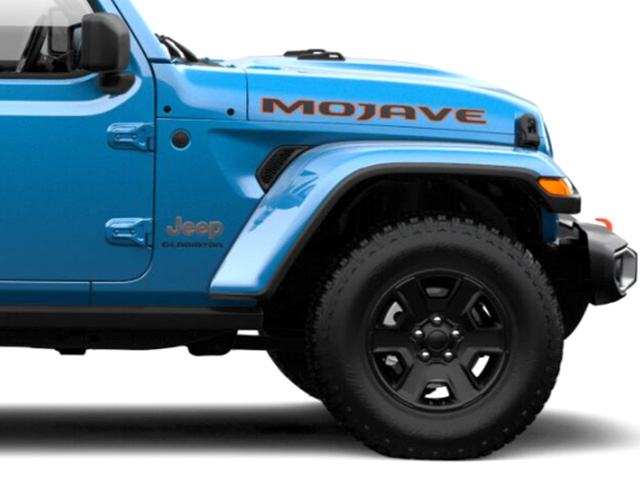 What about a HellCat or Demon swap in a new Wrangler?

Over the past couple years, many of these swaps have been completed, America’s Most Wanted has kits for them as well. On the street or on the track, these motors are hard to beat; plus, how cool would it be to say you have a Hellcat Wrangler?

The problem with almost all boosted engines is low end torque, which is what you really want in a Wrangler. Back in 2015, RubiTrux built “Project Vandal”, which was the first 700+ horsepower Jeep I ever drove. Its powerplant started out as a standard 6.4L HEMI, but the customer wanted a lot more power. The simple solution would have been a supercharger, but stock 6.4’s don’t respond to boost as well as other platforms. Which is one reason why HellCats and Demons are 6.2L engines and not just 6.4’s with a supercharger slapped on them.

No Replacement for Displacement

This is an old-school saying that still rings true today. All things being equal, a bigger motor has more horsepower and torque. This is why Vandal’s engine was bored/stroked to be a 7.4L, 448ci torque monster.

There are many HEMI specialty shops with “stroker” packages getting over 700HP out of normally aspirated HEMI’s. The biggest advantage of a stroked 6.4 over a HellCat is torque, they have over 50ft/lb more peak torque, which also comes in at much lower RPM’s. To get 40″ tires moving, torque is king.

For thousands less than an aftermarket HEMI swap, you can buy a Wrangler 392 and have a Petty’s Garage built HellCat killer!